You’ll no doubt quickly notice the common denominator in the list below. History buffs LOVE the Sierras and Gold Country museums and the “step back in time” experiences they offer. The list below is (generally) arranged geographically, traveling from north to south through the area. (Most of these cities are shown on the map here, if you need to get your bearings.) Miners Foundry Cultural Center, Nevada City – Artifacts and photographs share this circa-1855 building’s rich history, including its distinction as the 1879 birthplace of the famous Pelton Wheel (an invention which revolutionized hydroelectric power). The space is now used as a cultural center and meeting/events place for the community and includes an espresso and cocktail bar open select weekend hours. (minersfoundry.org/history)

Narrow Gauge Railroad Museum, Nevada City – An interpretive park, dedicated to the preservation of local transportation history and artifacts from the narrow-gauge era. Check out their reviews – Tripadvisor, Yelp, Google – and you’ll be hard-pressed to find a negative comment. The docents who volunteer here love this place, and it shows! (ncngrrmuseum.org)

Grass Valley Museum, Grass Valley – An orphanage during the Gold Rush-era, this museum depicts the area’s history through 1930 with displays of interesting artifacts, clothing and Victorian era furnishings. The property’s chapel and magnificent rose garden make it an attractive wedding venue. Open seasonally (or by special arrangement). (saintjosephsculturalcenter.org) Sierra College Museum of Natural History, Rocklin – Open when school is in session, with displays illuminated from 8:00am to 8:00pm. The second-floor planetarium is open by appointment only. The Museum and Nature Trail are free to the public, but monetary donations are always accepted and appreciated. (sierracollege.edu/about-us/visit/natural-history-museum.php)

Folsom History Museum, Folsom – Open Thursday through Monday afternoons, this museum shares information about the town’s formation — including the area’s original inhabitants and the foreign immigrants who contributed to its development over the years — and history, with a focus on the importance of the railroad, prison, powerhouse and various gold mining operations. (folsomhistoricalsociety.org) Folsom Railroad History Museum, Folsom – In 1852, the Sacramento Valley Railroad became the first transit railway incorporated in the state, and its first train rode on a 22.9-mile track from present-day Old Sacramento to Folsom in 1856. Located in a vintage railroad passenger car on Wool Street in the heart of the Folsom Historical District, this museum is presently only open on Saturday afternoons. The site also features a reconstructed turntable that was used to turn the locomotive for its return trip to Sacramento. (fedshra.org/folsom-railroad-museum)

Folsom Powerhouse Museum, Folsom – This museum is part of a California State Historic Park, and the Powerhouse operated from 1895 to 1952 to harness energy from the American River. One of the nation’s first hydroelectric power plants, it carried high-voltage alternating current over long distance transmission lines for the first time, delivering electricity 22 miles away to Sacramento. (parks.ca.gov/?page_id=501)

Folsom Prison Museum, Folsom – About two miles east of the Folsom Historic District, this small museum documents the history of California’s second oldest correction facility. There’s a section dedicated to Johnny Cash’s famous song and his visits to the prison, of course, and various exhibits of photographs and memorabilia showcase the prison’s history. Be sure to visit the unique souvenir shop! (folsomprisonmuseum.org) Amador County Museum, Jackson – Built in the late 1850s as a private home, the 15 rooms now provide insights to Gold Rush life, including a exhibits on “Gold History,” sewing, quilting and fashions of the past, as well as a Victorian bedroom and parlor, a Native American collection, a Chinese American collection, an old fashioned school room and more. (amadorgov.org/departments/museum)

The Chaw’se Regional Indian Museum, Pine Grove – Part of the 135-acre Indian Grinding Rock State Historic Park, a ceremonial roundhouse has been reconstructed in the middle of the small valley. This gem has an outstanding collection of Indian artifacts, including examples of basketry, feather regalia, jewelry, arrow points and other tools. (parks.ca.gov/?page_id=553)

Red Barn Museum, San Andreas – Formerly the dairy barn of the old County Hospital, this museum preserves Calaveras County’s agricultural, mining, logging and ranching history. Actual mining carts, farm wagons and other donated objects make up the elaborate displays, many of which were made possible through the help and donations of community members and local businesses. (calaverascohistorical.com/exhibits/redbarn.html) The Heritage Museum, Murphys – Located at Ironstone Vineyards, this museum presents artifacts from the area’s early Native American inhabitants (the Miwoks) along with 19th-century gold mining artifacts, but its focal point is the largest crystalline gold leaf specimen in North America. Weighing 44 pounds, this specimen was discovered by the Sonora Mining Company on Christmas Day 1992, 15 miles from the winery. (ironstonevineyards.com/estate-tour/) Railtown 1897 State Historic Park, Jamestown – This 26-acre steam locomotive repair and maintenance facility, some of which dates back to 1897, still operates much as it has for the last 125 years. Seasonal excursions through the Yosemite area’s gorgeous scenery are offered, and the 45-minute train ride travels on rails where many Hollywood movie scenes were shot. There’s a 1910-built roundhouse (its predecessor dates to 1898), and the historic lumber shed offers movie paraphernalia displays. (parks.ca.gov/?page_id=491)

Groveland History Museum, Groveland – They definitely pack a lot of history into this small museum – everything from animal pelts to old newspapers! Friendly, knowledgeable docents and a nice gift shop selection makes this a fun stop for kids of all ages. (grovelandmuseum.org) The Iron Door Saloon, Groveland – While not for kids of all ages, this is the oldest saloon in California (opened in 1852) and deserves a stop – for education purposes — when you’re in the area. (irondoorsaloon.com)

Yosemite Museum, Yosemite Valley – Located next to the visitor center, displays present Yosemite’s native Miwok and Paiute people from 1850 to the present. Cultural demonstrations (basket weaving, beadwork and traditional games) are offered during the summer. The Indian Village of Ahwahnee is also located here, behind the visitor center. (nps.gov/yose/learn/historyculture/yosemite-museum.htm)

Yosemite Mariposa Grove Museum, Yosemite National Park – Also known as the Galen Clark Mariposa Grove Cabin and accessible only by foot, May through September, the site replicates where this “first guardian of Yosemite” lived and offers giant sequoia displays, books, maps and information about the park and Mr. Clark’s life. (nps.gov/yose/blogs/galen-clark-mariposa-grove-cabin.htm)

California State Mining and Mineral Museum, Mariposa – Home to over 13,000 mining artifacts, gem and mineral specimens from California and around the world, including the Fricot “Nugget,” a spectacular 13.8-pound rare and beautiful specimen of crystallized gold discovered in the American River in 1864. The mine tunnel, assay office and working scale model of a stamp mill instructs how the precious mineral was found and mined in the mid-1800s. (parks.ca.gov/?page_id=588) Mariposa Museum & History Center, Mariposa – Displays include gold-mining artifacts, including a typical one-room miner’s cabin, a giant freight wagon and a stamp mill (a machine that crushed ore to particles of sand, releasing the gold from the quartz). Excerpts from miners’ letters to family and friends back home detail the back-in-the-day mining camp life. (mariposamuseum.com)

Laws Railroad Museum & Historic Site, Bishop – With buildings set up to represent a village surrounding the railroad depot, this location’s 11 acres of exhibits preserves the history of the Owens Valley as well as the memory of the area’s last common carrier narrow gauge railroad. (lawsmuseum.org)

Kern Valley Museum, Kernville – History and legends of the Old West come alive with this museum’s superb collection of artifacts and memorabilia. (kernvalleymuseum.org) No matter the season, Lake Tahoe’s stunning beauty makes it an ideal destination for your California vacation, holiday or weekend getaway. How can you miss, really, when your playground includes America’s second-deepest natural lake, some of its most spectacular mountains,… This idyllic area’s “Mother Lode” nickname pays tribute to its history as a top gold-producing region, but it could also be used to describe its abundance of man-made and natural attractions. The hills and forests are a feast for the… Set aside as a National Park in 1890 and designated a World Heritage Site in 1984, Yosemite National Park is known for its stunning granite cliffs, Giant Sequoia groves, abundant waterfalls, crystal-clear streams and biological diversity. An opportunity to visit… 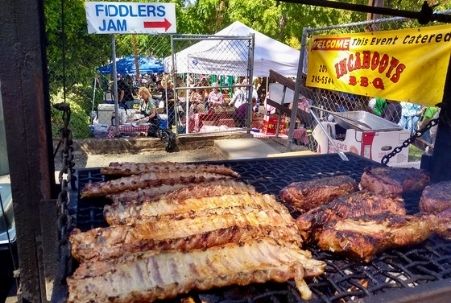 Outdoor adventures, visiting cool little museums and sampling tasty Sierra Foothills wines are just a few of the many things to see and do in the Sierras and Gold Country area, but including a local event on your itinerary will… 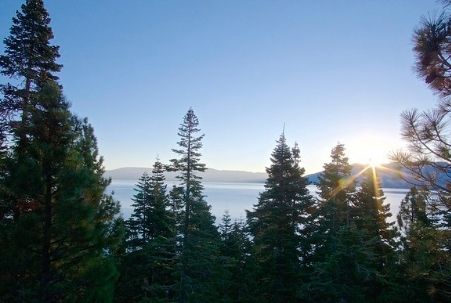 The Lake Tahoe area is a pristine natural environment that sits on the border between California and Nevada. The state boundaries actually run through the middle of the lake, and each state also has a county border within it. In… When you mention “California wines,” people tend to immediately think of the Napa-Sonoma Wine Country or perhaps the new vineyards and wineries springing up along the Central Coast or in Baja California’s Valle de Guadalupe. But long before any of…